Kristie was born in Central Montana and raised on her grandparents’ farm. She was brought up knowing no limit to hours worked and to the number of tasks that she could handle. This experience served her well in her successful careers as a business owner in the construction industry and, later, as a professional sales person. Because she has always been a Type-A personality and a self-confessed workaholic, her recent chronic illness caused by toxic mold exposure has been a major setback to her active lifestyle. She had been enjoying several years of good health after a childhood riddled with mysterious maladies to which no doctor could find the answers.

When Kristie was five years old, she was bitten by bird lice while at the family farm. Shortly afterwards, she began experiencing a wide variety of symptoms:  fevers, rashes, severe fatigue, depression, swollen lymph nodes, migraines, ear problems, and many more unexplained issues. It took over thirty years of searching for Kristie to discover the cause of her many childhood health issues.  In 2013 she finally persuaded a doctor to order the bloodwork to test for Lyme disease. She had begun experiencing crippling 24/7 vertigo in the spring of 2012, and her doctor had no real answers about why this vertigo was suddenly occurring. Testing for Lyme disease finally revealed what all the other tests over the years had not! She was carrying the bacteria that causes Lyme disease. No longer did she and her family have to accept the doctors’ unfounded opinions that it was all in her head, insinuating she was a child who just didn’t want to go to school, despite the fact that she earned straight A’s and always challenged her abilities in every aspect of her life.

Through her research and with the help of better-informed doctors, Kristie discovered that she was lucky and her body had been able to keep the Lyme bacteria in check for many years. But after living in a home for 3 years that was contaminated with hidden toxic mold (another major health hazard that exists in the State of Montana that health officials refuse to recognize), she was confirmed to have Chronic Inflammatory Response Syndrome. This is a serious health condition caused by exposure to the mycotoxins released by toxic molds such as stachybotrys, penicillium, aspergillus, and chaetomium…all of which were found in the home she had been renting.

Because Kristie knows firsthand the damaged caused by misinformed medical professionals, she pushes for others to get the answers they need in their fight to regain their health. She now spends her “good” days talking with, educating, and cheering-on her fellow Lyme and Mold Warriors. Working closely with her new found “family”, she feels her current role in life is to help provide the correct information on these crippling conditions and to share the successes she has achieved in her struggle to regain her life as she knew it.  Kristie believes if she can save one person from going through what she has experienced then it is worth all the tears and the struggle she has had to endure. 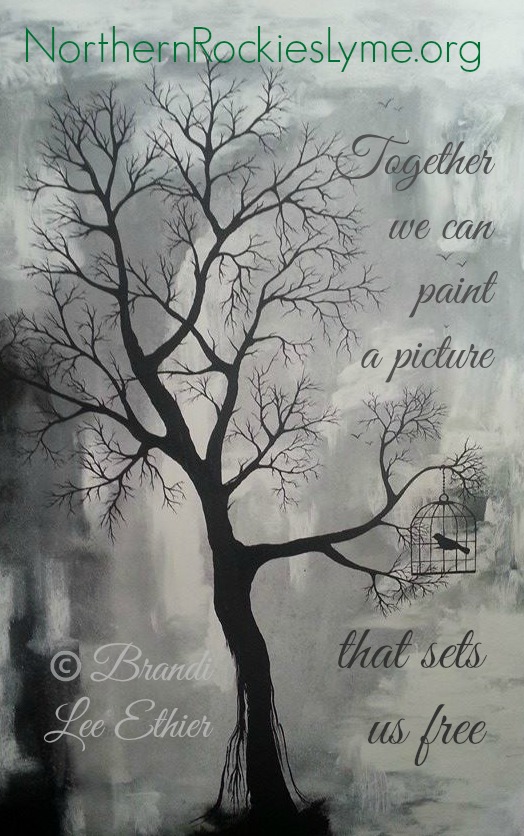